The Craft to Art Continuum 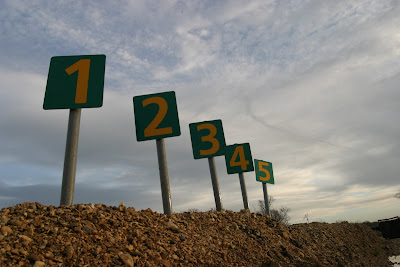 As I have progressed as a writer (almost 50 years now) I can look back at my frankly awful early days trying to write Science Fiction, sitting with a portable typewriter on my lap and dreaming of being Isaac Asimov

"Over the sands of Goole rose the red sun" was the first line of fiction I ever wrote as an adult.

I look back at those days, voice-less, diurection-less trying to be an author instead of a writer, thinking big bangs were better than subtle shifts, thinking deus ex machina showed my brilliance. Thinking twist-endings were the bees-knees.

But, whatever, slowly, incrementally, infinitesimally-painfully I was learning CRAFT.

CRAFT. (Nothing so far, to do with ART.)

40 years on I was writing and publishing steadily, well-crafted stories, getting prizes etc, selling books.

For simplicity of the argument (and not for discussion as it isn't the point) let's say I was a top-end CRAFTSMAN.

I knew how to roll out a great sentence. I knew about "Theme" and Leit Motifs and allegory and pace and pacing and stuff. I knew how words had colours, shapes and weight.

I could "bang out" a decent mid-list story in my sleep.

I was a very, very good HACK.

Now, every now and again that HACK, that solid 50-Years craftsman "accidentally" wrote something he'd argue was ART.

It doesn't happen every day. I'm not Saul Bellow or Vladimir Nabokov.

But working at the top edge of craft is like being in a jet plane high in the atmosphere.

Suddenly you touch SPACE. It's DIFFERENT out there.

For me, very highly tuned craft can simply morph into art.

The art that is "something other".

You can feel the difference, the wow factor is there. Resonance.

There are no joins, it just "works".

I argue that this is just because craft is in art and the better the craft becomes the nearer you come to the jump to hyperspace.

Just for simplicity, imagine I wrote a story today that most judges would say is "art".

Not Nobel-Prize level art, but art nevertheless, and within those stories which are art, it's right down there on the edge of falling back into "not quite being art."

Now what if we take that story and change ONE WORD for a less perfect word?

Is it still art?

Every time we weaken the piece, surely it must suddenly "fail" as art and just become "good craft could do with a polish."

My argument therefore is art isn't one side of a schism.

It's on a continuum and sits there right next door to very good craft.

It's not DIFFERENT. Artists contain craftsmen. They are craftsmen FIRST.

The craft-art divide is just a frontier.

The art/not art argument is more a case of perception

One side is damn good craft, the other side gets called art (but art contains good craft, craft at the highest level.)
Posted by Alex Keegan at 8:50 am