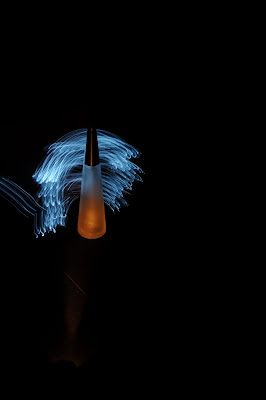 Looking for Spinoza
Forced Smiles on a Hundred Pink-Faced Women
Paper Crowns
Loo Seat in Disguise
We must go to the mountains and wait
Traffic Lights, Red
Drowning the occasional Witch
Albert's Amazing Idea
The Rise and Fall of Fergal Smith
NUTS. BOLTS
Before there were neighbours
He makes them uncomfortable, so he will be killed
Bleaney's Room
Every Mountain has its Valley
Sherry Trifle
Barcelona, Eritrea, a Small Place in Germany, Melbourne
Death as a trivial interruption
Simple Simon Says
The Ladybird Introduction to Introductions
Magic and other Inconveniences
Afghanistan Holiday
The Students are revolting
PEACH


Flashing is a peculiar activity. It freaks some people. When I first tried to write flashes I “froze” but soon found that writing-without-caring was very liberating.

When I teach “How to Find the Story” (NOT flashing, but longer stories) I tell students NOT to write too early. When an idea comes, don’t “dive in”. Instead, it is best to ferment it, to let it simmer and stew and go bad, rancid, with all sorts of deep, gut-level rotten connections.

An idea is often not THE idea but an echo or a trigger, a conscious embellishment that “relates to” the real-story-within. If we “dive in” we may write something but it won’t have the power of that-thing-which-lurks-deep. To find the deep thing takes TIME and all we should do is remember “enough” and “loosely”. We must not write too much down (that concretises facts) or be so vague that we forget the initiating idea.

The idea is to have REAL HINTS, good CUES, but poetic, oblique, sensitizing, edgy, tilting phrases, words that affect your balance, set things off, but in a general, “mood” or sensibility way, rather than direct, shape, restrict us, or make us go left-brained.

The theory then goes… by “refusing to write” the fermentation effect continues linking the KEY, the KERNEL, the grit in the oyster, the itch, with “other stuff that relates”. That other stuff might be snippets of songs, adverts, conversations, stories, films, plays, whatever. But note this, those things-which-stick-to-the-kernel will stick because “somehow” they fit, they are correctly sticky. They “go with” that burn, itch, drive from the deep. WHETHER OR NOT YOU EVER REMEMBER OR ARTICULATE THE ACTUAL DRIVING IDEA OR MOMENT.

But that is for STORIES.


Flashing takes the “unconscious principle” and inverts it. When we write a story we STEW it in order to use the deep unconscious to make unique, “driven” connections. It can take an hour, but usually takes days, months, maybe a year.

Flashing takes the idea that we have these “depths’ and FORCES connections in a quick “speed-dating” way. Instead of ignoring an idea ‘early charms’ and stewing it, waiting for the real idea, we deliberate RUN AT the story and grab, grab, grab “without thought” in a way that the prompts themselves (directly or indirectly) are “chosen without thought” and thus are the-best-for-us.

What this means is this. If I read a list of prompts and CONSCIOUSLY mull them over and think, Hmmmm, Spinoza; I could write about a philosopher who has a grey cat… Traffic Lights, Red… hey what if traffic lights everywhere went red and it was a very serious offence to go through red, and…

This ISN’T flashing. This is THINKING about what might be cute. This is boring, obvious and left-brained beginner-stuff. The magic connections, possible connections are KILLED by thinking. Once you begin to think the prompts are pretty much meaningless. They are just “Write about a man called Spinoza” (and bore me…)

We have to be random, drunky, sleepy, high, uncaring, frivolous, de-logical, poetic, free-wheeling. IF we are these things, and if we keep “singing” then the prompts choose us.

What does that mean?

Well, as Dorothea Brande once said, when two writers see the same thing or incident, one might have a strong response when the other doesn’t give a damn.

Brande believes that when we get a strong reaction it’s because some essence of the thing or situation CONNECTS TO something raw and deeply-held.

I’m walking with “John” and we see a tiny white dog, dripping wet, waiting at a red door, miserable, but stoic, patient. We can hear, somewhere, an old song, “Volare” and it sounds like it’s vinyl. We smell onions.

Now, to be fair, the above is “engineered”, but say I respond viscerally to all these things. The actual NOT REMEMBERED reason “the hot connector” is that I once had a little white dog, but the paedophile who dragged me into his terraced house left Spot outside… He loved Italian songs…

Too often people think the “point” of all this is to remember the secret to “find” specifically that repressed memory, the actuality, the deep “why”.

It doesn’t matter whether you have a real and actual memory, or a false memory, or some other response, or ANYTHING.

What you are searching for is THE PRESSURE ITSELF. You are seeking that-which-burns, but not IT, not the exact nature or fact or memory that CAUSES or caused the burn. You just want the burn-pressure itself, the drive, the itch, the “swelling”, the secret link or links that make YOU respond to X and Y and Z when someone else couldn’t care less.

So, with stories, we gently stir, feeling around in the river-bed for that-which-squirms, and keep coming back until things have combined.

With flashes, instead, we go-silly, and hope that “something” in the flashes, or combinations will “connect”.

Because we stay-loose, hang-loose, chill, “don’t-care”, relax, “stay drunk”, the hope is that we can make connections non-deliberately, without using left-brain. Hence I say the prompt or prompts choose us.

Snippets of poetry are powerful as prompts because they, in themselves, “contain multitudes”. They are not bald or limited. The lines are magnetic, moving, full of possibility as opposed to concrete, rigid.
All the above, of course, is the ideal. A lot depends on the openness and excitability or connectivity of the particular list of prompts. Some lists simply don’t turn us on, others cause a POW! Connection.

It’s never “ideal” but regular flashing teaches us to trust the unconscious.

Ballistics (my short-story collection) has a few stories that came from flash prompts.

Four of these five stories are First-Prize winners of STORY competitions. “Larry” is 5,000 words, a story I’m proud of. Flashing works.
Posted by Alex Keegan at 1:15 pm