Up in a Flash

Dammit, why do I wake up EARLIER in the holidays? It's now 06:38 and I've done my emails, posted early-morning flash-prompts at Boot Camp, made a cuppa. What am I supposed to do know, WRITE?

Once a year I get all holy and set up a careful submissions log, and check for stories and flashes that are as yet unpublished. In 2005 we flashed a lot in Boot Camp and that resulted in lots of publications and prizes (26 Firsts for the group, all told).

But you can accumulate a lot of work! 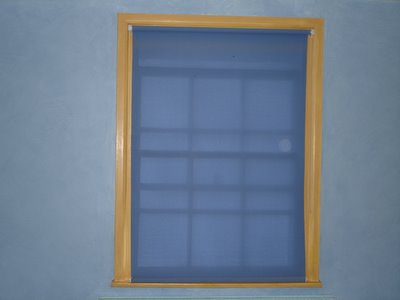 My housekeeping revealed an incredible 174 pieces that I've not yet placed, and worse, I have titles for work that I know I've written but can't find the files for. (I had a horrendous system crash in May and lost stuff.) There will be paper copies of this work "somewhere" so January is going to me some literary archaeology for me. Is this another lesson learned?

That 174 represents about a third of my output-ever (in number of pieces, not word-count) and a lot comes from "leading-by-example", writing a flash when leading a flash session. Trouble is there aren't that many places to publish literary flashes and a few places seem to like cheap twist-enders or schlock. Ah, well, ever-onward and upward.

Boot Camp now has a Flash-only section and yesterday a thread started: "So, You All Know the Art of Flash?" The first response was from a very good writer who talked of "Blank Screen Panic."

That's interesting on at least two counts. First, this writer has one a lot of literary competitions INCLUDING Flash Competitions, so there was a time when she could bang out a flash. Second, I remember my first few attempts at Flashing. I totally froze and didn't manage to post at all.

But the key is RELAX and stop thinking, stop trying too hard, let the unconscious mind take over. Start with anything, just engage fingers/brain and soul and let it go. You can always cut a bad sentence or two!

Then MJ asked: I have a question. When you read the prompts and can't find anything - or when you read the prompts, find an "idea," try to write it and realise it's going to come out stillborn, is it acceptable to press DELETE and then sulk and/or kick furniture? The actual "idea" was Free Child Voucher, about a Harrods Sale giveaway for childless couples, was quite good. But I really messed it up good and proper.

My answer was that once I commit, I virtually always "push through" an make a story happen. The danger of giving up is it can become a habit, and once the habit sets in you can then justify your "inability" by saying (for example) "Flashing is just not me".

The very first article I published detailed precisely how I was a novelist and would never be able to write a short-story. I just wasn't built that way, I said. Poppycock. You can say anything and then convince yourself it's true. 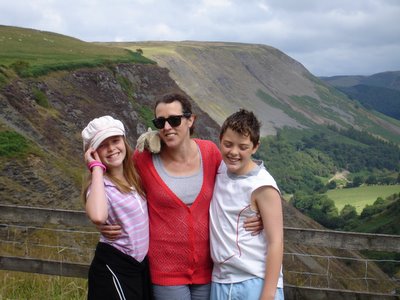 Sometimes one prompt, one idea, one photograph can trigger something promising. When nothing jumps out, one trick I use is to put all the prompts close together and try to use them as early as possible in the story. Understand I am NOT at this point "trying to write a story. I NEVER think about the story. I try my damndest to write totally uncontrolled and it's when I do this that I get the good ones.

I talk a lot about controlled, aware "left-brained" writing versus writing where you let your heart and soul lead, right-brained writing, stuff that surprises the writer, where the unconscious makes connections you would never get to consciously.

Taking a pile of prompts and feeling uninspired, simply being mechanical and trying to get them all into a paragraph or two (as an exercise) seems to distract and while you are writing "almost anything" a strong idea surfaces and rushes ahead.

I did this yesterday, on the fly, for the group, finished a piece, got one great title, cleaned it up and subbed it. If I place it, once published, I can talk about the process here.

What I explained was how all I need to do is start with something which might be flat and innocuous but was "natural" and began to evoke a know mood… watching TV, having a meal, getting ready for bed, remembering an old flame, anything where you know approximately how you will feel.

Being in a familiar state allows you to relax and let other prompts in. The other prompts trigger unusual connections, and usually some happy cross-threading sparks a story. Well it works for me!

The above presumes either that you have learned your craft so well it's automatic, or you don't CARE about the craft until later. Get the story out without stopping and fix the flaws in your rewrite. The worst thing to do is stop and fix stuff. That means you are THINKING and thinking brings the left-brain to the fore and the gorgeous unconscious is squashed.

The A-Z of Heaven & Hell
Cloud Atlas
Murder 101
2084
Waterland, Last Orders
Why Rain is Wet, Mary
Snow Coming in From the East
Why Fridays Are Bad For Lovers

Hello, and thank you for visiting me on Greatest Journal, though this blog is dormant now. My regularly updated blog can be found at http://www.livejournal.com/~__adele__ (double underscores) where I write about writing, philosophy, art, life, the universe etc.

I notice you're using Flickr; I use this site too:- http://www.flickr.com/photos/__adele__

Your site here looks smost interesting. I wish you well with your writing.

I have a terrible fear of flashing (warranted in many ways!)...a fear that stems from having to let go, to free-wheel...to leap out of the plane and just go with it. I find myself clinging onto the sides, checking sentences, re-reading (a definite NO-NO when flashing), worrying about where the whole thing is heading....how it's going to end.

I read flashes from Boot Camp, and I am in awe of how beautifully sharp and deftly drawn the stories are....how does someone sit down and write such a fully rounded story in such a short space of time, just like that? Where do their characters come from? The observations? The thread of the story that pulls the reader through from beginning to end?

Flashing is an art form that I am determined to aquire...because it is such a satisfyingly neat and skillful feather for a writer to have in their cap!

Nancy, I would have thought that your $100 first prize at Eclectica plus two other flash acceptances, might have suggested you can flash already!

I'm just finding my way round blogging and getting to know flickr.

I don fink so...I'd like to be able to flash with vigour and aplomb - I've been lucky, in a hit and miss kind of a way. It will take a lot more flashing until I'm actually confident at it, if you see worri mean.

Barging in on the blog photo thing...I've been using 'Hello.' Is flickr the same kinda thing?

Well, the answer to THAT is straightforward.

you got me there...will start tomorrow....(want to go through that midnight hour as I mean to go on...writing that is, not downing 12 pints of fizz)