I'm posting links to my articles, partly as a source for developing writers but also to invite reaction and discussion. In my time I've stumbled on some appalling articles at various places on the web. Too bad there is no system for marking quality or usefulness!

While I think articles such as these, and similar articles in print (eg The New Writer or Cambrensis) are useful, I believe that we learn much more by responding to articles, debating issues, sharing examples which illustrate points etc. Typically in Boot Camp a thread, on, say, Theme, starts with a question, involves one or more pasted articles, story segments and then a to-and-fro of sometimes 200 or more posts. The learning in such discussion is stratospheric compared to merely reading an article or a chapter of a how-to book.

That being so, respond, discuss, argue. 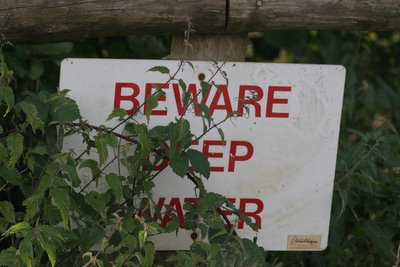 In Lieu of Preference

A Few Introductory Articles from 1997

If you visit Writers Write Archives and scroll down to the oldest editions you'll find this by me in Issue Two, September 1997. Beginner, Don't Write That Novel.

In November 1997 there's Plotting is a Seven Letter Word and in December How to Open Without a Bang.

These are simpler articles and as the years progressed, generally so did the articles. You can browse through the Writers Write Archives, read, consider, then hopefully ask questions, or argue issues here in this blog.

Beginner, Don't Write That Novel.
Plotting is a Seven Letter Word
How to Open Without a Bang
Dialogue, Seven Sins, a Sinner

Tries Hard, Could Do Better
How to Win Short Story Competitions
How to Write a Query Letter That Sells
Point of View From My Point of View

The Art of Telling Lies
What is a Short Story?
Advice For the Younger Fiction Writer
Left, Right, Left, Right: Character!

Oh BTW, I'll write a page one day on sick writing sites. If you want to understand, go to the one mentioned in the article above and say you like Alex Keegan's articles...

The Novice Screenwriter Refuses to Conform
Sing to Me
If You Whisper, Convince
Choosing a Writing Teacher

Think Before You Click
Ironing While Watching TV
Creative Writing Myths
How It Is
Contract Bridge and Writing. How to Become a Grand Master
A Cool, Dark Guinness
Choosing a Writing Teacher


I hope 40 articles is enought to be going on with.

I’ll quickly explain to any readers I’m an ex student/Bootcamper of yours. I left Boot Camp at the end of this year having had two very productive periods as an active member. The reason I left is to pursue my scriptwriting (spurned on by continual encouragement by one of the BBC’s top producers) and to concentrate on a pet love of mine Sword & Sorcery fiction. However I’m still enthused by my time in Boot Camp which led to my first online publications, first paid publication and a my first competition win and still in love with the literary short story. With just 10 online publications and nothing yet in print, I still consider myself a beginner in terms of craft.

Okay, now that’s out of the way, on to the article In Lieu of "Preference." To me having read all your articles this one seems like a good place to start, as it is the nearest to a Boot Camp Philosophy of the perfect short story as there is.

As a reader, I’m consciously or otherwise looking for what you’ve mentioned in the article in every short story I read. As an ex Boot Camper I’m aware that this article key to your teaching methods or perhaps philosophy of writing, the original forum thread you posted on the BBC’s now defunct Get Writing site convinced me to join Boot Camp.

However as a neophyte writer I know in my own work I’m not going to be able all nine elements as outlined in the article In Lieu of "Preference.”

So my question is this; as a new writer which of the nine elements mentioned in the article In Lieu of "Preference" should I concentrate on getting right? When it comes to writing the literary short story as a new writer what should be my first concern?

So my question is this; as a new writer which of the nine elements mentioned in the article In Lieu of "Preference" should I concentrate on getting right? When it comes to writing the literary short story as a new writer what should be my first concern?

It would be easy to respond and say "all of 'em" but the answer IMO is always the OPENING.

Everything stems from the opening. It always amazes me when I read of people saying just write it, then go back and fix the start. Your opening sets the voice, sets the attitude, shapes the reader's "mode of acceptance', often introduces character and setting, sets up the theme. It gives mood, it often creates what I call the story's "napalm". if everything follows from this, these elements in the opening, If you don't yet have a sense of them, how in Hell's name will what follows be the best?

I presume you want to write the best?

Gabriel Marquez said 50% of the time in a work was spent getting the opening right. Once the opening is right the ret of the story just comes effortlessly. That's my view too.

“I presume you want to write the best?”

I’ve just (re)read “How to Open Without a bang.” Looking at that and at your above comments it seems, basically the whole story is riding on the opening. Not just as a reader’s intro to the story but also as the writer’s first chance to get it right or get it wrong. It has to do a lot of stuff, set the tone, setting, situation, mode of acceptance, intro the characters, the POV, possibly set up the story’s conflict/problem.

The most interesting point in “HtOWaB” and your above post, is that it isn’t merely a matter of getting these things in place technically, as a matter of craft - otherwise the beginner could just write thousands of practice openings - but that if you don’t rush or grab at an opening, but instead wait, when it comes, these things (character, POV, setting etc) will naturally be in place and almost take care of themselves, is that right?

Lee, this is damn hard to answer in a post. Forget that, it's IMPOSSIBLE.

I'm running a three and four-day course in North Wales in january and if the students got this HALF under their belt, I'd call that a roaring success.

Dorothea Brande wrote about how two writers can see the same things and one writer be seriously "tweaked" the other cold. She said it's because something in what is seen touches something "core" in one writer that isn't there TO BE touched in the second writer.

if we can access that deep-down, possibly hidden, probably supressed "thing" it's like a throbbing nuclear engine, it will drive the story.

The trouble is, look to hard or too directly and the thing goes away. We have to find a way of coaxing the thing or feelings dreiven by the thing, up to the surface.

When something "grabs me" I scribble it down, and just enough ONLY enough so I won't forget it. Once home I write it up on my white board and let it "stew". But I rveisit the white board every day, JUST to read thse words and "tickle" whatever is going on deep in me.

It's my belief that a tickled "deep-thought" will begin to pick up connections and swell, become a pressure that rises up until you almost HAVE to write something. The key is knowing when. The answer is, as late as possible, when the pressure threatens to make you ill.

It's my belief that this "thing" (say it was a horrible incident in your childhood) will begin to rise towards consciousness, but along the way will pick up "suitable" images from your life. It might be a piece of music, a line of Shakespeare, a scene from Great Expectations, another from Quatermass, something a lover once said, the packing on a tin of beans, a bad joke, an image from the Tsunami.

If I'm right, these connections are totally unique. But they only stay unique and special IF YOU LET THEM COME. When you force things you do the obvious, join the dots stuff that everybody does.

Interesting stuff, and plenty for me to think about. Cheers.

Oh BTW, I'll write a page one day on sick writing sites. If you want to understand, go to the one mentioned in the article above and say you like Alex Keegan's articles...

Please do write. If it's the former I'll definitely post;Just to see the reaction. For the latter,just to spread the word. The statement would be equally honest. And BTW, I tweeted.

It would be easy to respond and say "all of 'em" but the answer IMO is always the OPENING.

As a current BC'er, I would like to critique all of the openings for the BASS 2011. I have to be honest and say some of them,I suspect, fall short of being the "best"by your standards. One even opened with dialogue, which I was under the impression was a cardinal sin. And while I'm a fan of cardinal sins, it's not one I should like to repeat if it is incorrect. What say you?
As always, highly confused.